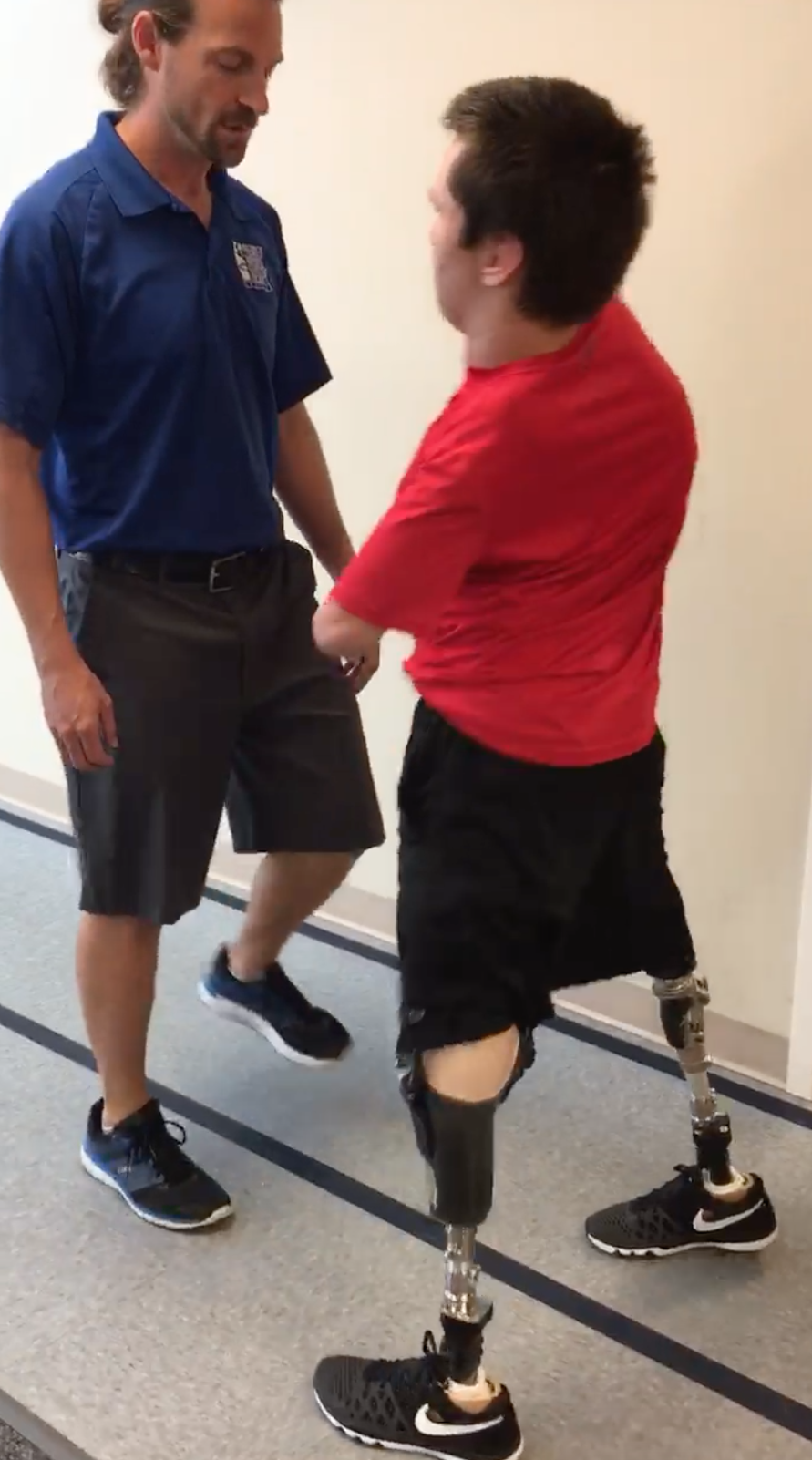 Logan, a child with limb differences was adopted from Ukraine 4 years ago. He is a congenital quad amputee with multiple physical challenges created from 10 years in an orphanage. He has had several sets of prosthetic legs. Getting him to be comfortable in them was a challenge, though Logan was determined to make progress. His family heard about POA from another adoptive family, and stopped in during a trip to Orlando at the end of March this year. They were back in July to meet with us, and we were able to put Logan in a new prosthetic system, complete with TaiLor Made feet, which greatly aided his stability while standing and walking. Below is a video of Logan during a therapy session in February, prior to his trip to POA. The second video was provided by his mother last night, showing the great progress Logan has made since he has been home. We are so excited to see him begin to walk independently. Surviving 10 years in that orphanage under horrible conditions took great strength, courage and a huge amount of will to survive. Now it’s time for Logan to THRIVE! #noboundaries #nostoppinghimnow
Therapy session in Feb. 2017:
Video from home in Aug. 2017: