Franklin Mejias, the Venezuelan boy who lost all four of his limbs to a deadly illness last year, was back at POA last month for some adjustments and rehab. WFTV Orlando News aired parts of the following video on their 6pm broadcast that night. We’re proud of Franklin and the great progress he has made!   click here to view video of Franklin at POA 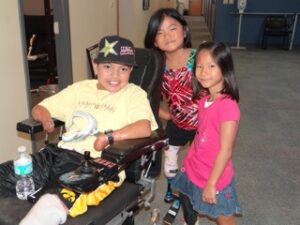