At the time Nate Winters lost his leg in a boating accident 20 months ago he was already highly rated by college recruiters interested in signing the talented pitcher when he completed high school. One of the first goals Nate set for himself when he began his rehabilitation was to return to the mound as a member of the Winter Park High School JV baseball team. With a lot of hard work and determination Nate was able to achieve that goal this week! We at POA are very proud of him, and look forward to watching Nate succeed at whatever goals he chooses to pursue in the future. click here to view video 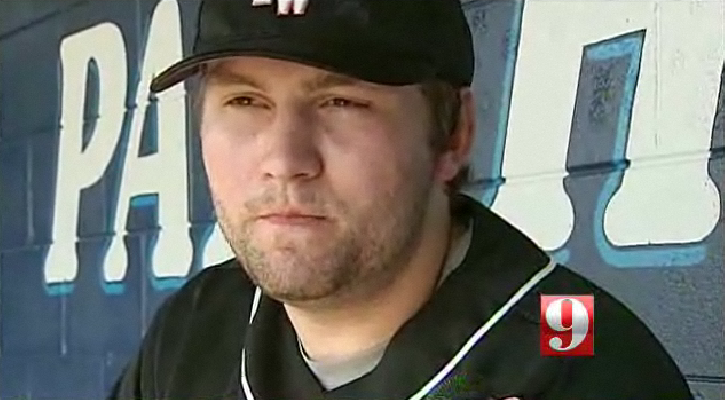 The Vancouver Paralympic Games have now ended. Some truly amazing athletes once again touched us with their strength, courage and determination to be the best they can be no matter what their physical circumstance. Click here to view photos from some of the events, and prepare to be inspired!!

click here to read the full story and view video

The following article was printed in the Baseball Assistance Team (B.A.T.) Winter 2010 Newsletter. The primary objective of the Baseball Assistance Team is to aid those members of the “baseball family” most in need. B.A.T. strives to provide a means of support to people who are unable to help themselves. Through charitable contributions from corporations, foundations and individuals, B.A.T. is there to assist those with financial, psychological or physical burdens.
: In the spring of 2008, members of the Baseball Assistance Team became aware of two former baseball players, Angel Cantres and Jacinto Camacho, who were confined to wheelchairs.
During the search for a company that could provide the needed prostheses, cost estimates were $30,000. During this period, Sam McDowell and Ken Peck (a bilateral amputee) corralled their colleagues and worked out a remarkable scenario so that each player could receive a prosthetic leg at no cost. At that time they were advised that once they started walking their limbs would shrink and their prostheses would need adjustments. A year later, as expected, their limbs shrank from the use of the prostheses. The company that provided the prosthetics sold their business and the type of prostheses both men had were not conducive to being altered or adjusted. B.A.T. again leaned on Sam McDowell and Ken Peck to locate another potential partner.
Not only did Sam and Ken locate a willing partner to donate this service and the prostheses required to get these former players up and back on their “feet”, Stan Patterson, the owner of Prosthetic and Orthotic Associates (POA) and his entire staff were dedicated to the mission. Stan Patterson was hands on during the entire time, along with his staff. The prosthetic components provided by POA were of a finer quality which made it easier for both players to learn how to walk with them, but the overall professionalism from each individual that worked on the assignment was sensational. While the fitting and refitting and the refining of the prostheses took time to complete, it gave B.A.T. representatives an opportunity to meet many other individuals whose situations were as great or greater. There was more than one patient who was a double amputee; another being fitted for prostheses that would not only replace his leg but his hip as well. His goal was to run in the NYC marathon in November. Many on the staff at POA were amputees and their spirit and their energy was overwhelming. One member was planning a trip to Puerto Rico so that he could surf, another member was looking forward to playing golf and riding her bike.
We at B.A.T. discovered that Stan Patterson and his team are well-known around the world for their expertise in providing prosthetics to all kinds of patients – from those who want to return to their everyday activities to athletes who want to return to competition. While the spare parts, consultations, self-maintenance and knowledge were all generously donated items, the greatest gift POA gave these two former players was the ability to live life independently without pain, wheelchairs and crutches! Thank you Stan and the staff at Prosthetic & Orthotic Associates!
Below are Angel Cantres and Jacinto Camacho’s thoughts:
“We will never forget our trip to Orlando,” said Cantres. “After almost 6 years I was able to walk again thanks to B.A.T. and the staff at POA. It was a lengthy process – 11 days of hard work – but well worth it! The overall professionalism from each individual that worked on the assignment was sensational. My family and I have no words to thank. B.A.T. Even though I was a career Minor League player, I was treated with respect and equally as if I was a Major League player.”