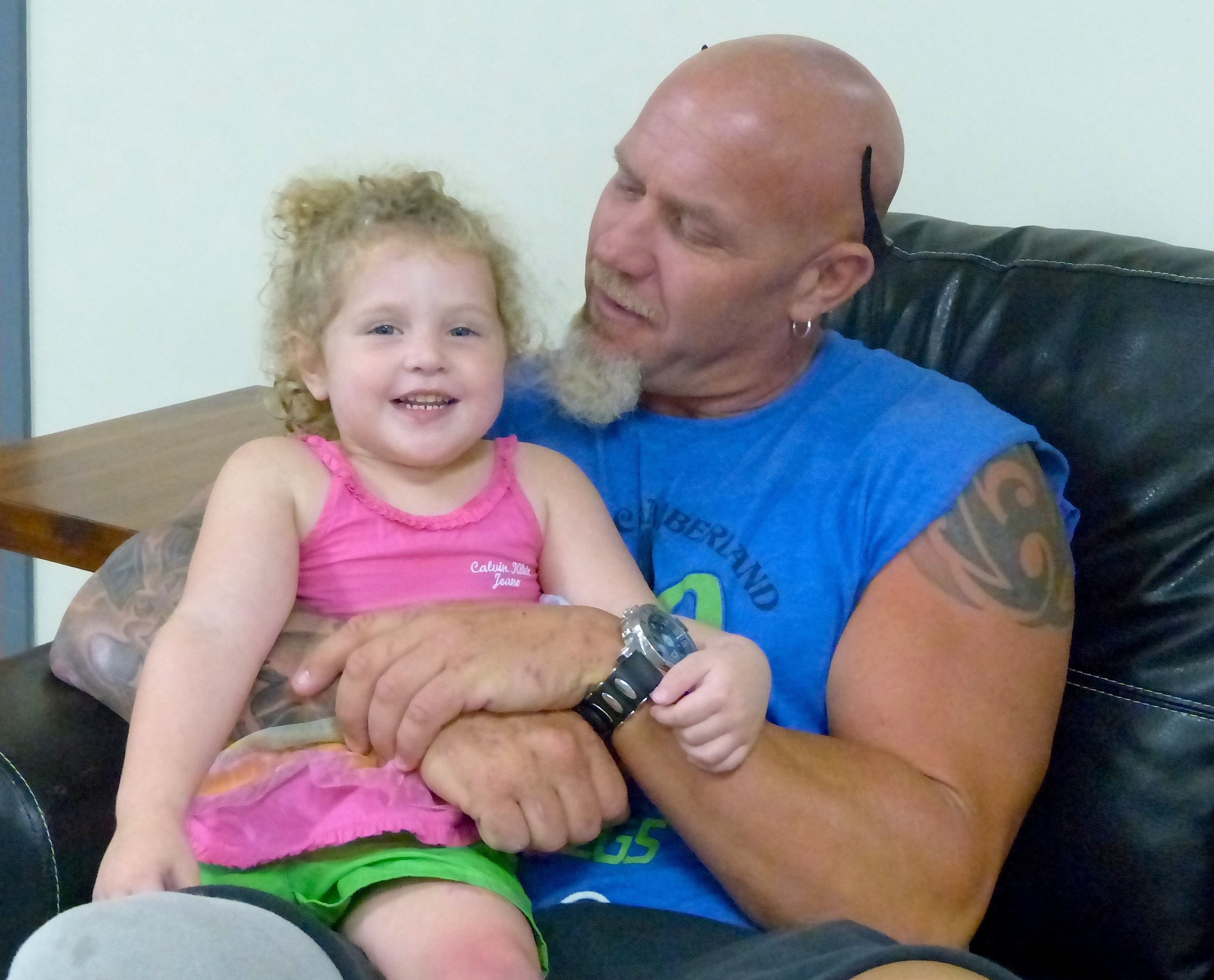 Before Maria, a knee disarticulate (through the knee) amputee left Orlando to return to her home in Colombia. She wanted to make sure her shoes/boots would work with her new prosthetic leg, and as you will see, they did!

Caleb Rivera, age 21, lost his leg above the knee to osteosarcoma (bone cancer)  15 years ago. He never felt comfortable in the prosthetic limbs he was fit with over the years, and they were not durable enough for his active life. Frustrated, Caleb traded his prosthesis for crutches, and for four years that’s how he walked…..until a few weeks ago. A chance meeting between Caleb’s pastor and a POA employee led to this exciting day – when Caleb reclaimed his independence! Click here to view video of Caleb’s first day walking with his prosthetic leg

We fit Caleb with our patented NPS (vacuum assisted) double wall socket. Read more about it in the Products section of our website.

Here’s a photo of Caleb’s finished socket….a walking testimony of faith! Isaiah 40:31 “But they that wait upon the LORD shall renew their strength; they shall mount up with wings as eagles; they shall run, and not be weary; and they shall walk, and not faint.”

POA is pleased to announce that we will soon be moving from our current location to a new 22,000 sq. ft. facility! The new office is just next door, so no need to reset your GPS! Some remodeling of the new space is under way and we will be moved in by March 1st!
We have simply outgrown our current office, so in order to provide the best possible service to our patients, we have decided to move. The new facility will be significantly larger and will allow us to bring our entire operation under one roof, including all fabrication areas and our fully equipped gym. Other facets of our plan include a state-of-the-art patient fitting and training center, providing an increased number of patient treatment rooms, and many other amenities!
We are very excited to offer this new facility to our patients – and our future patients! Stay tuned for more details….

We have successfully fit several BK patients at POA with this new technology, including Jean Law, a bi-lateral amputee. The main features of the foot are the lightweight integrated vacuum pump and shock absorbing/rotation functionality. Says, Jean, “It feels very light, comfortable and natural; not stiff at the ankle like other prosthetic feet….and I don’t have to use a manual pump!”

These are very exciting times in the prosthetic industry; cutting edge technology has led to the development of several new and revolutionary products! If you would like to see if the Triton Harmony® foot is right for you, or if you are interested in trying some of the other new products and techniques we are now using in our practice, give us a call and make an appointment so we can fill you in!

Here’s a few photos from POA’s Ronnie “Spider Man” Dickson during a recent climbing trip to Red River Gorge, a canyon system on the Red River in east-central Kentucky. This canyon system features an abundance of sandstone cliffs, rock shelters, waterfalls and natural bridges, making it one of the world’s most popular and challenging climbing destinations. Ronnie, an above-knee amputee, makes it look easy!

The McMahon family has much to be thankful for this holiday season. Last weekend they celebrated yet another “first” for Bree since the 2009 accident that resulted in the amputation of one leg above the knee and almost took the other — she waterskied with a special prosthetic leg adapted for use in the water! And of course, in true Bree style, she got up on her first try! Congratulations, Bree! You continue to inspire us and make us proud! Click here to read more about Bree 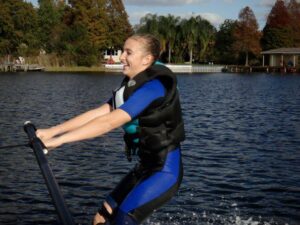 POA’s Bree McMahon continues to inspire and win the hearts of everyone she meets. Two years after the high school soccer star lost her leg above the knee in a horrific accident, an Orlando Sentinel looks at how far she’s come – from being near death in the hospital to being back on the soccer field and training with a prosthetic leg. Click here to read the entire Orlando Sentinel newspaper article.

We fit POA patient Jean Law, a bi-lateral below knee amputee, with this brand new technology today! The main features of the foot are the lightweight integrated vacuum pump and shock absorbing/rotation functionality. Says, Jean, “It feels very light, comfortable and natural; not stiff at the ankle like other prosthetic feet.”

Every once in a while you are blessed with a special day when you experience something so moving, inspiring and powerful that it takes your breath away. Such was the case when I attended the San Diego Triathlon Challenge (SDTC) fundraiser event in La Jolla, California this past weekend. So, you might be wondering, who are these giants I speak of?

Since Bill Walton was in attendance at many of the events, and certainly the tallest among us, you might think I am speaking about him, but I’m not. There were lots of donors with giant wallets and volunteers with giant hearts, but I’m not talking about them either. The giants I am referring to are the 200+ challenged athletes participating in the event – every single one of them. People with giant hope, determination, and incredible strength of body and character.

As someone who has lived most of my life as an amputee, I am very aware of the huge effort these athletes must put forth and obstacles they must overcome. They train long and hard, through pain, physical setbacks and challenges, to accomplish something most able bodied people can’t even imagine themselves doing – competing in a triathlon!

Although I am fortunate enough to have good health and work at a state-of-the-art prosthetic facility, I have never had the ambition to even attempt to accomplish such a feat. To be honest, lately I have to push myself to lift a few weights or take a spin on my bike. The times I have been tempted to step up my fitness routine I come up with excuses like “I don’t have enough time,” or “I’m getting too old.”

So there I was, perched above the La Jolla cove waiting for the ocean swim part of the SDTC to begin, totally unprepared for the emotional ride I was about to take. From the moment the first group of swimmers came forward my eyes were riveted to the scene unfolding in front of me. I watched in awe and amazement as one after another, amputees and other disabled people of all ages and levels of ability – some blind, most missing limbs (many two or more) climbed, hopped and rolled or were carried into the bone-chilling Pacific Ocean for a 1-mile swim! Then I watched again as they emerged from that water the same way they went in, dried off, reattached body parts, and went on to complete the rest of the competition! Every event I witnessed blew me away. Our own Mei Mei White (just 7 years old and an above knee amputee) rode her hand cycle for 10 miles on a difficult course set up for adults! Two-year-old Cody proudly put his “bendy knee” to the test as he ran with his mom in the Kids Run while his family, clad in bright yellow “Team Cody” shirts, cheered him on. Chris Self, who became a below knee amputee as a result injuries suffered while defending our country, completed the Tri just days after riding a bike 620 miles down the California coast!  Although I don’t see myself performing at the level of these warriors, I know I can and should do more, and they have motivated me to make the effort.

So today I am sending a giant shout out and thank you to Scout, Mei Mei, Chris, Cody and Andy (superstar participants from our own POA/SCP family) and all the other amazing athletes I was honored to be among last weekend. The pride and passion you possess and instill in others is very powerful and humbling. You can be sure there will be no more excuses for this woman!