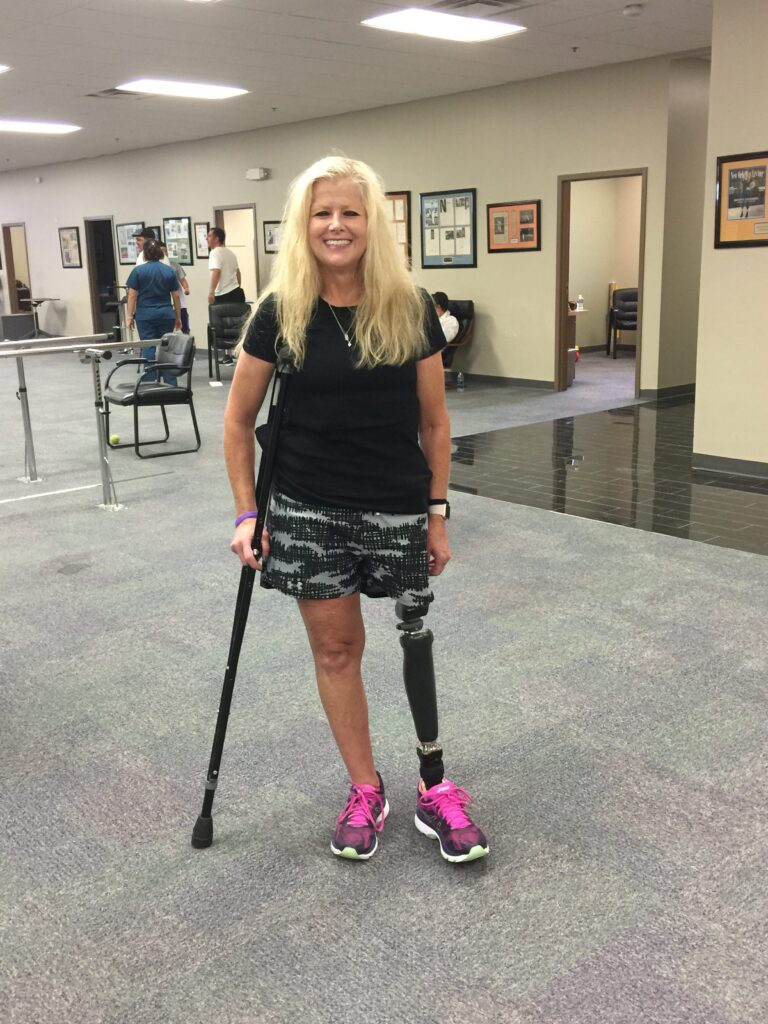 This is the story of a true warrior! Dana had been a runner all her life, until a series of events beginning in 2002 led to the amputation of her leg through the hip joint in 2014. Surgery for a stress fracture was unsuccessful and was followed by a knee replacement in 2006. Still in […]

Following message is from POA patient Leo Morales of Mexico.  We are blessed to be part of your team, Leo! “The Doctor’s said because of the cancer and because i am a Hip Disarticulated i will not even wear a prosthetic leg. Thanks to God, Stan Patterson, all the POACFL team, my loved wife , […]

6-year-old Brett Bolton, born without a leg, has come a long way since he was adopted from an orphanage in China 4 years ago. Not only is his running, walking, and keeping up with other kids his age, Brett also excels at gymnastics.  He recently competed in a competition with able-bodied kids and took 2nd […]

6-year-old Brett Bolton, a congenital hip disarticulate amputee, recently took part in a gymnastics competition in Tallahassee, Florida. He placed 2nd in his age division on floor exercises!   Way to go, Brett!     Click here to view his performance on video –>>Brett Gymnastics To read more about Brett, see his patient profile on our website —>> […]

Leo Morales, Hip Disarticulate, attempting to break Guiness World Record, proving once again that disability is a state of mind, 10/3/2012

Next month, POA’s Leo Morales of Cancun, Mexico will be attempting to break a Guiness World diving Record by descending 122 meters into the ocean! Leo tells us he is keeping a promise he made to himself and Stan several years ago, “to use his life to inspire others and prove that amputees can still […]

As the start of the 2012 Paralympic Games approaches, many of the athletes have been spotlighted by the media. One such athlete is Josh Olson, an Army Sharpshooter and the first active duty soldier to compete in the Paralympics. We are proud and blessed to know Josh, and forever grateful to him and all our […]

Here’s another one of our heros! – Dan Gade. He became a hip disartic amputee in 2005 due to severe injuries he incurred while serving as a company commander in Iraq. Dan is now an instructor at West Point, teaching political science and public policy. To read more about Dan and check out some great […]

Leo continues to achieve every goal he sets for himself, the latest of which he accomplished today; he trained for and completed his first 5K walk/run in Cancun, Mexico!! Leo’s ultimate goal is to participate in the New York marathon! He’s already told Stan he better get in shape because they are going to do […]