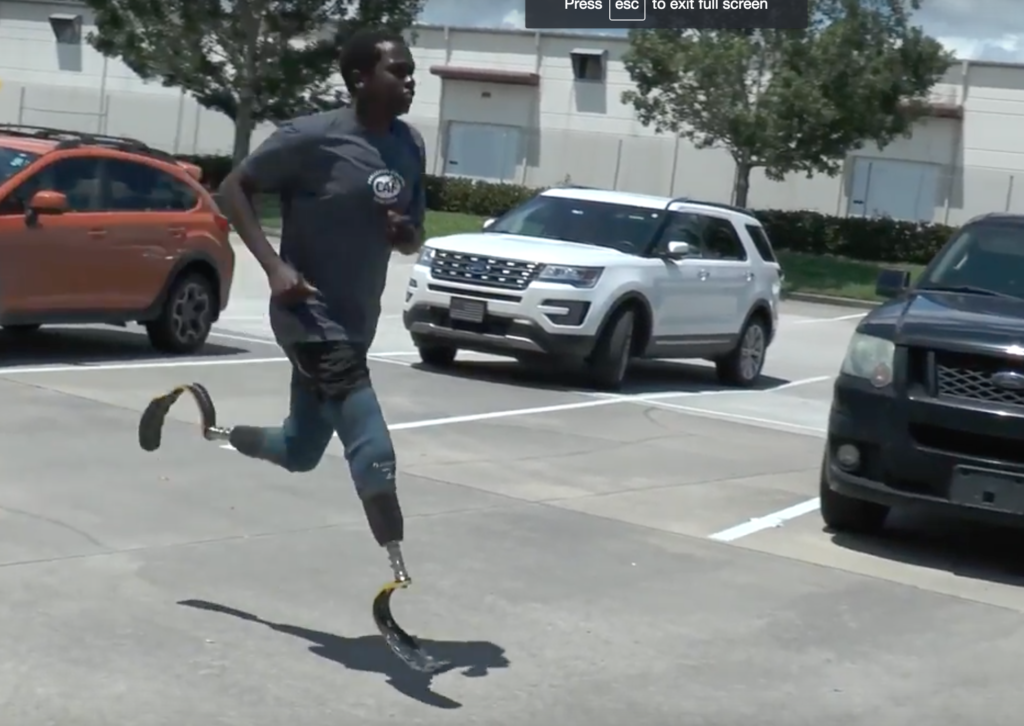 Marko Cheseto, a paralympic athlete,  recently moved from Alaska to train with us in Orlando.  He is thinking of training for a marathon in the near future.  Why not?  #noboundaries #dreamitdoit 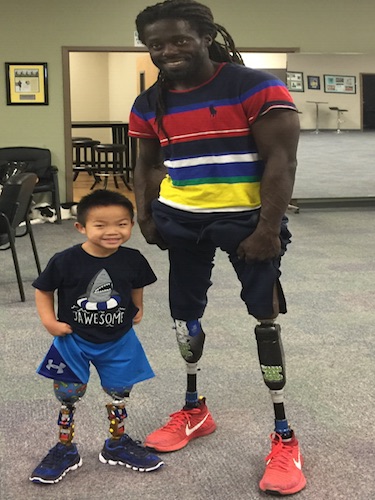 Four-year-old Charlie – recently adopted from China and missing both legs above the knee since birth – arrived at POA last month, eager to be fit with his very first set of prosthetic legs. While his check sockets were being fabricated, we introduced him to his new prosthetic “parts.” Charlie was fascinated with the feet […]

POA’s Scout Bassett, Paralympic Athlete:  Running Against the Odds since 2002

Sending out congratulations to our POA client athletes Scout Bassett, Richard Browne, and April Holmes. All 3 of them made it to the finals in the 2015 IPC Athletics World Championships held in Doha, Qatar last week. Richard Browne won 2 Gold and 1 Silver, and set world records in two events! We’re beyond proud […]

Check out this article on POA prosthetist and amputee Ronnie Dickson, “Beyond the Fear of Failure,” in Apr/May 2015 edition of Amplitude!

POA client Evan Strong (BK) , paralympic gold medalist, inspires!  Evan is the first paralympic athlete to be featured on a Wheaties box!   #noboundaries Your can read more about Evan in the Client Stories section of our website   Click Here

Be sure to watch POA’s Amy Purdy on Dancing with the Stars TONIGHT!

#AmysPOAProstheticPitCrew will be watching Amy Purdy and Derek Hough on Dancing with the Stars tonight! The theme this week is “most memorable year,” and they will dancing Contemporary. Go get ’em, Amy!!! ‪#‎POAproud‬ ‪#‎DWTS‬ ‪#‎TeamAmy‬ ‪#‎PurdyHough‬    Click here to view article and pics of Amy’s new dancing legs!