Sending a huge shout out and congratulations to POA’s **MeiMei White!** MeiMei finished FIRST in the Youth Category at the Paratriathlon Regional Championship held in Clermont, FL on March 23rd. She is now one of the Top Contenders for the National Championship!!! WOW! Great job, MeiMei! We are so proud of you!!  Article from USA Triathlon Florida Region website 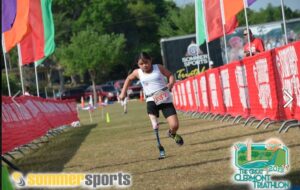 For those of you who don’t know the story of Scout Bassett, the attached Challenged Athletes Foundation “Featured Athlete” article gives a good glimpse into her incredible life…. and she’s just getting started! 😉 click here—-> Scout Bassett

Three of our POA patients – Ellie, MeiMei and Gustavo, participated in the USA Triathlon Florida Region Paratriathlon Camp held in Orlando July 13-15, 2012. POA’s Mabio Costa, an accomplished paratriathlete, was a guest speaker at the Camp. He was there to offer encouragement and provide inspiration to the challenged athletes in attendance. 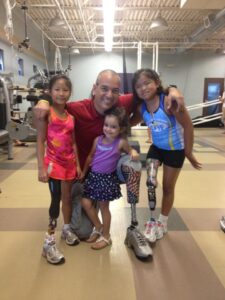 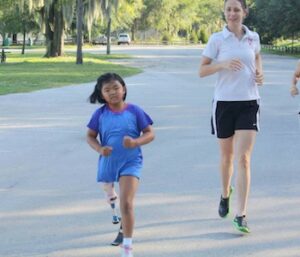 POA patient Scout Bassett is in the news again! For those of you who don’t know her incredible story, prepare to be amazed and inspired! Click following link to view KESQ interview/video. You can also read more about Scout in the “Living Proof” section of our website. Click here to view KESQ interview

The largest-ever Paratriathlon took place at the Dextro Energy Triathlon ITU World Championship Budapest Grand Final, with 85 athletes representing 15 countries taking part. World Champions were crowned in all six Paratriathlon categories, as athletes battled through rainy and cold early morning conditions in the… Hungarian capital. Athletes completed a Sprint-distance triathlon, consisting of a 750-meter swim in the River Danube, a 20K bike along the banks of the River and a 5K run around some of Budapest’s most iconic landmarks.

Scout has been a POA patient since 1999.