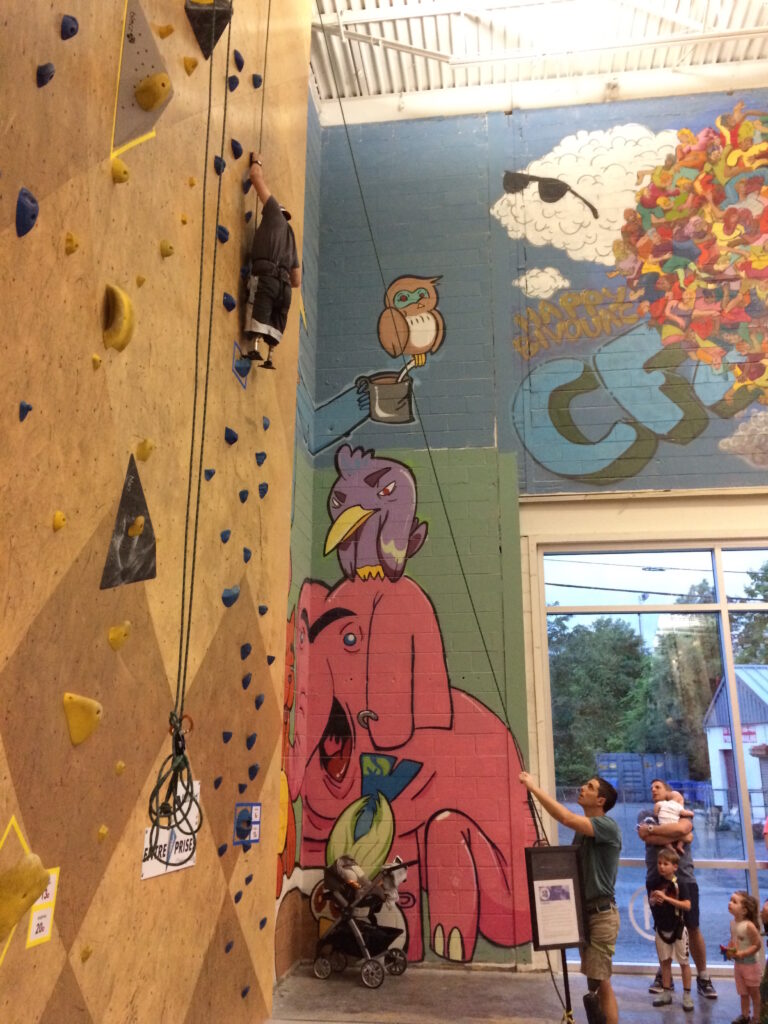 POA’s Ronnie Dickson reports that the USA Adaptive Climbing Nationals in Boston this weekend were a big success! Text message from Ronnie: “We rocked it out and had over 60 competitors at the adaptive climbing national championships with the furthest coming from Japan and India. We totaled 200 with spectators and volunteers. Jeff Bauman and […]

“POA No Boundaries” – video featuring many of our Amputee Athletes

This video features many of our amaaaaazing amputee athletes – April Holmes, Scout Bassett, Amy Purdy, Evan Strong, Ronnie Dickson… (just to name a few 🙂 May you be inspired to pursue your own dreams, whatever they might be!   POA No Boundaries

Congratulations going out to Ronnie Dickson! He took second place at the American Bouldering Series National Championships held February 22-23, 2013  in Colorado Springs, CO! Six climbers from across the country participated in the first ever USA paraclimbing event!

Following link to a tv news segment on the adaptive rock climbing clinic held in Phoenix, AZ last weekend. Ronnie Dickson introduced several amputees to climbing, including two bi-lateral shoulder disartics who were able to make it all the way to the top! Congrats to all!  Click here to view video —> Phoenix TV Channel […]

Our own Ronnie Dickson made the cover of the Aug/Sept issue of “Amp It Up” magazine! Check out his article, “Amputation: an opportunity for a better life.”  —-> Amp It Up article by Ronnie Dickson

After much anticipation, POA’s rock climbing wall is here! Be sure to check it out during your next visit! Rock climbing is a whole body workout that improves strength, endurance, and stamina.  Ronnie Dickson – CP, AK amputee and experienced rock climber -is looking forward to introducing our patients to climbing!

Our rock climbing wall is now under construction… it won’t be long before Ronnie Dickson, CP and experienced rock/boulder climber, will be teaching interested patients how to traverse it!

Ronnie Dickson, an AK amputee and prosthetist at POA, has just returned from another climbing endeavor.  He’s been traveling all over the country in his quest to become the first amputee to reach the V10 bouldering grade – a huge accomplishment for ANY climber! One of Ronnie’s most recent climbs was in the Sierra Mountains […]

If at first you don’t succeed… amputee rock climber